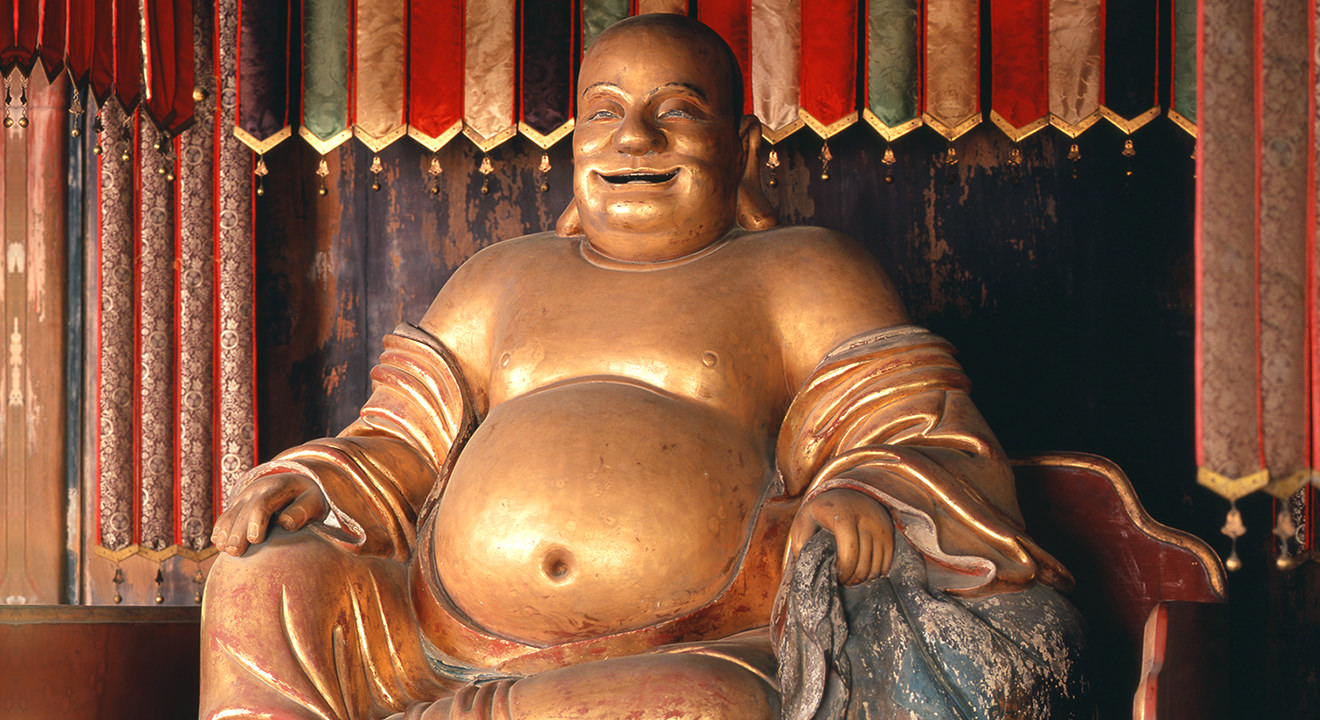 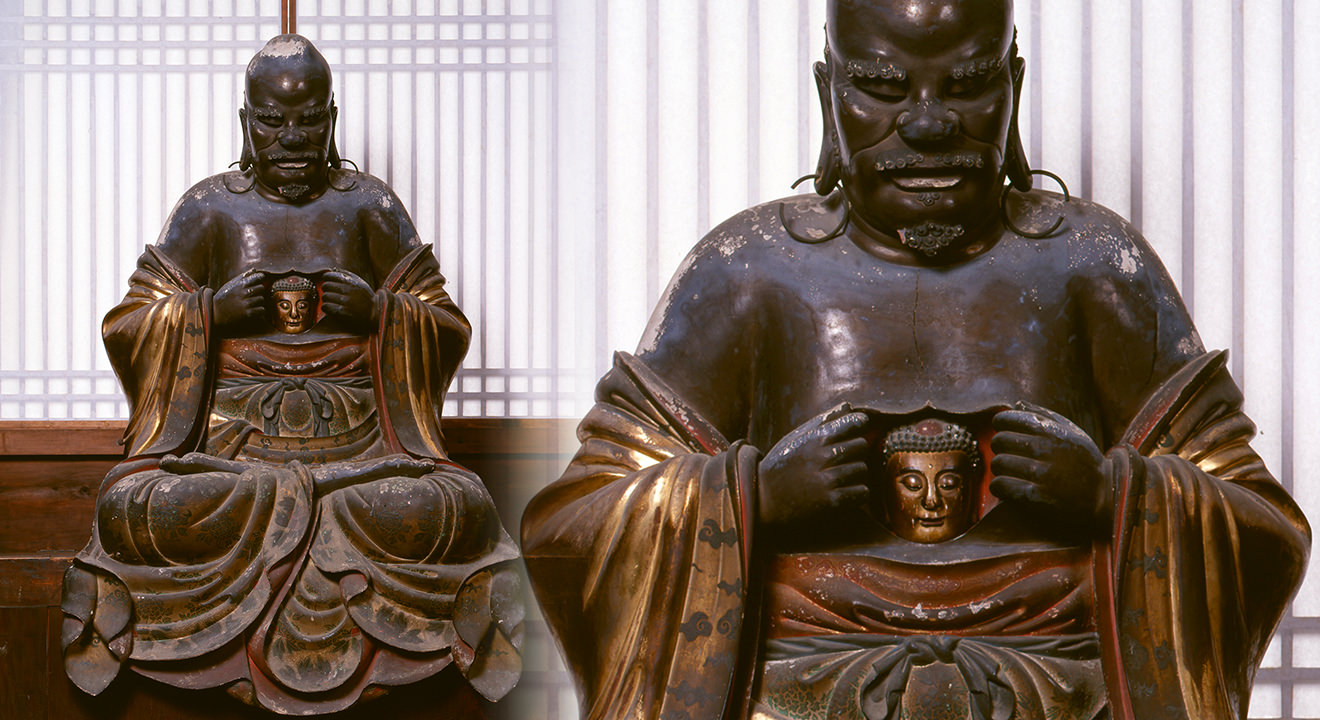 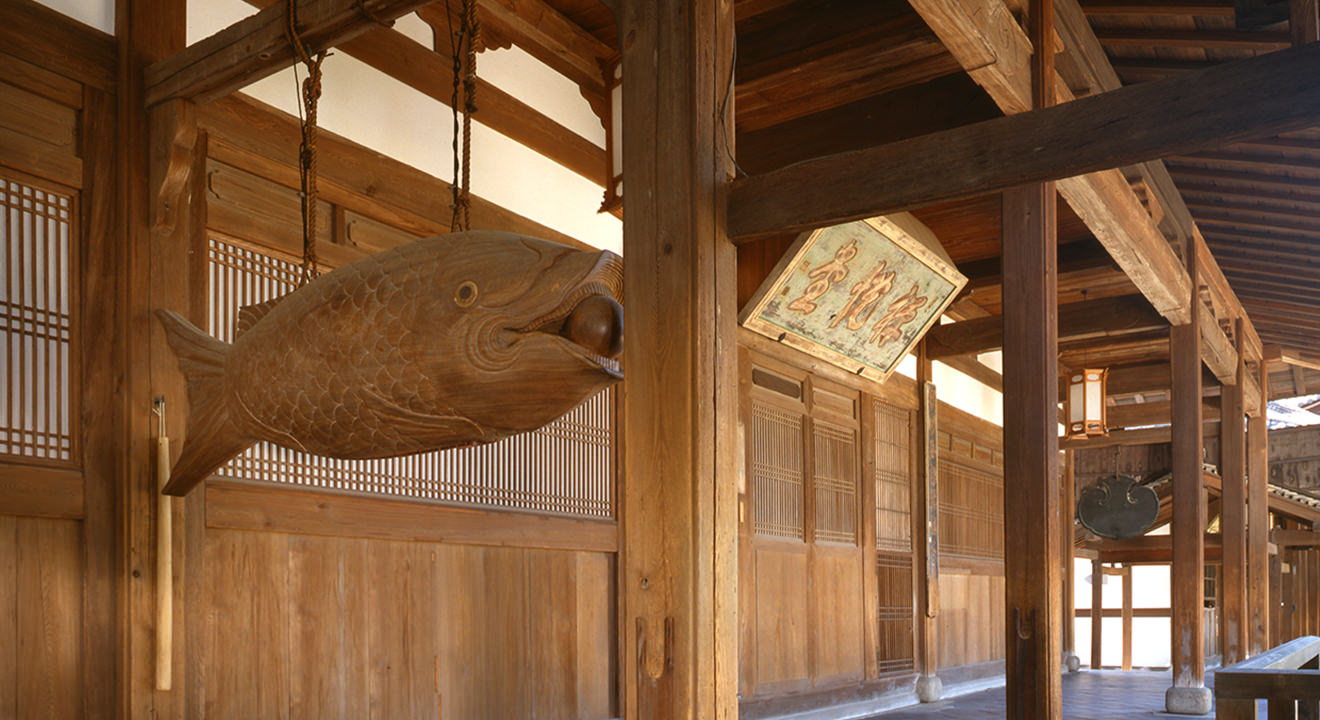 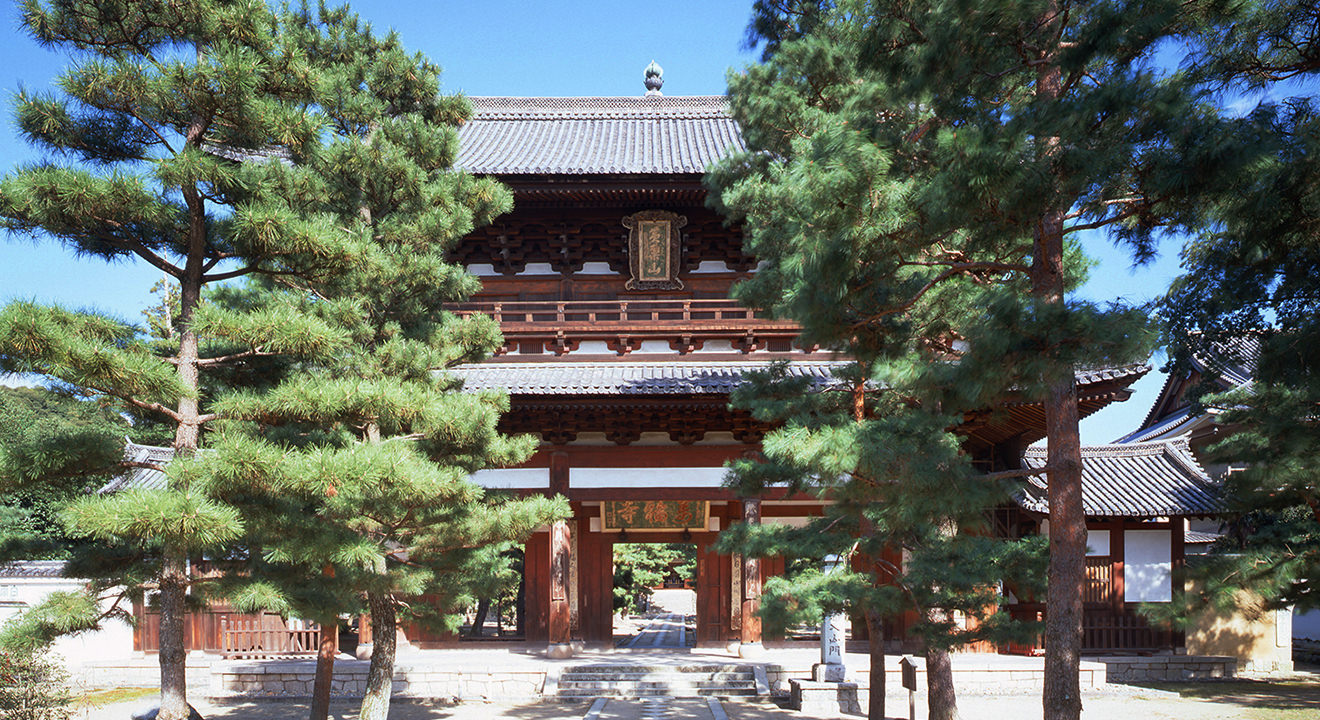 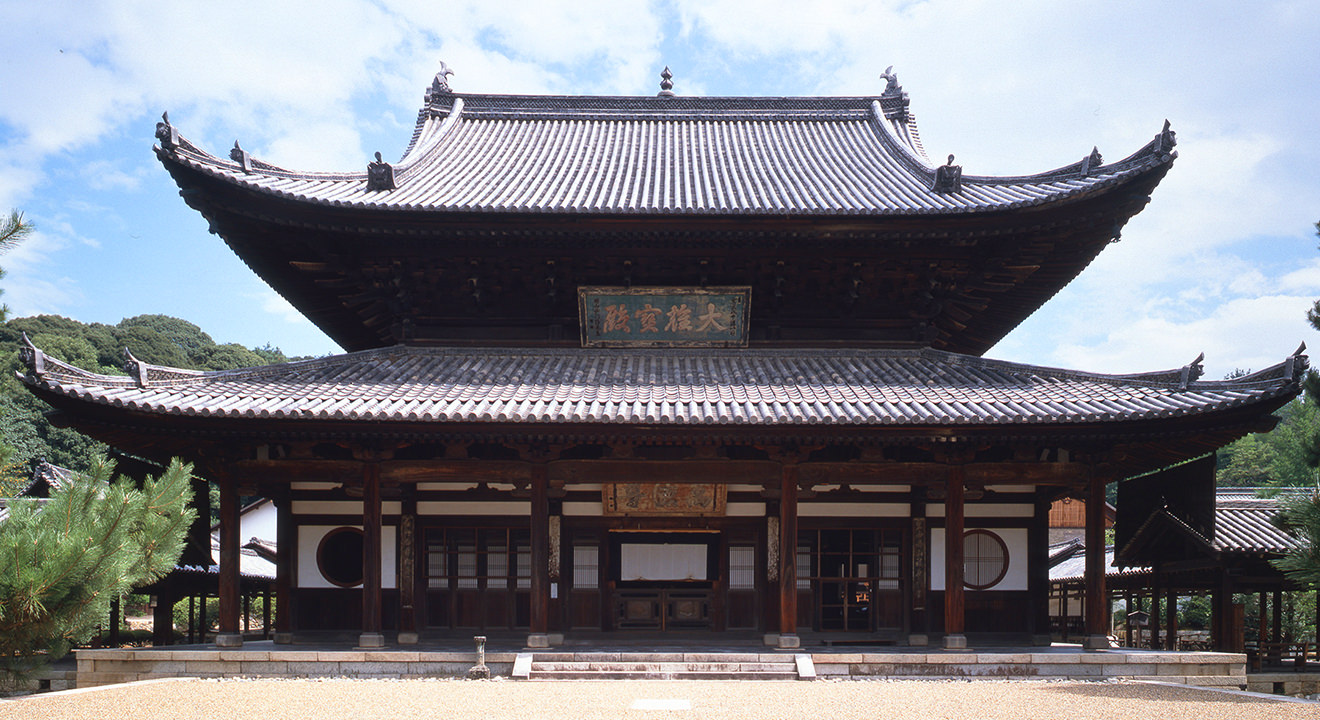 An old Zen Buddhist temple called Wanfu Temple lies on Mount Huangbo in Fuzhou, Fujian Province, China. Its abbot Yinyuan Longqi, who is known as Ingen Zenji (Zen-master Ingen) in Japanese, visited Japan and founded Obaku-san Manpuku-ji (which shares the same Chinese character as Huangbo-shan, Wanfu-si) in Uji, Kyoto in 1661.
Manpuku-ji was built with Sumatran teak and is an absolutely rare Japanese temple since it remains very well as it was at the time of its construction, and most of the buildings are designated as Important Cultural Properties.

Ingen Zenji visited Japan by the repeated requests from Japan 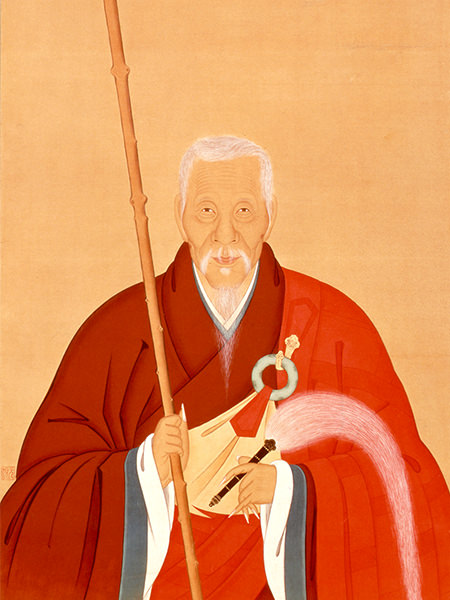 Ingen was born in China in 1592 and got ordained as a monk at the age of 29. He later became a very important person in Chinese Zen Buddhism. Repeatedly asked from Japan, he finally came to Nagasaki when he was 63. At that time, Japanese Buddhism had become a mannerism, so it is said that a lot of Buddhist priests heard the news of his arrival and gathered in Nagasaki. Receiving the devotion of Emperor Go-Mizunoo and Shogun Tokugawa Ietsuna, Ingen Zenji was offered a piece of land in Uji. Instead of returning to China, he decided to found Obaku-san Manpuku-ji and ended up making Japan his permanent home.

Ingen Zenji introduced a lot of things to Japan such as art, medicine, architecture, music, history, literature, printing, sencha green tea, Buddhist cuisine, and so on. He influenced not only the religious society but also the whole Japanese culture.

Though not well-known in Japan, Chinese President Xi Jinping admired Ingen Zenji in front of the Japan-China Tourism Cultural Exchange Delegation in 2015.

Buildings and Sculpture; Some of the representative things introduced to Japan 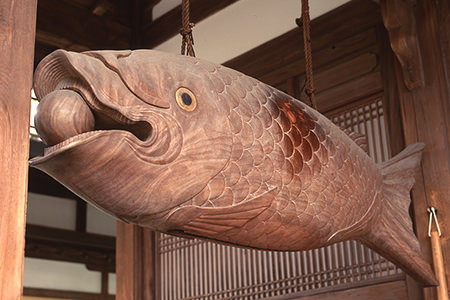 Kaipan, the Wooden Fish Board

Kaipan is shaped like a fish, which lives always with its eyes open. This is because it is the symbol of hard monastery training with short sleep. Additionally, the sphere-shaped object held in its mouth represents bon-no (all sorts of bad mental states that cloud one's mind). Hitting the back of kaipan means letting bon-no get away from the stomach. 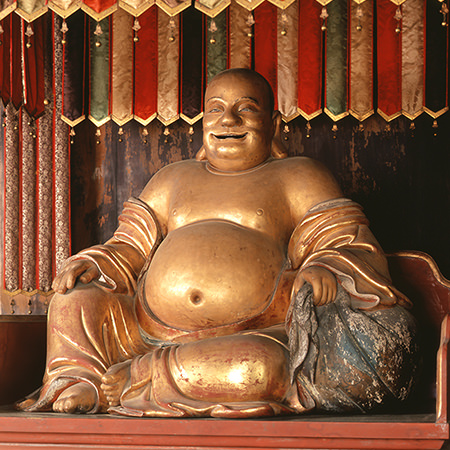 Hotei was a legendary monk who was thought to live in China in the past and the huge bag and pot belly is characteristic of him. In Japan, there has been a traditional custom by which people have a trip to visit the Seven Gods of Fortune including Hotei. He is worshiped as a god of happiness, full of smiles and laughter. 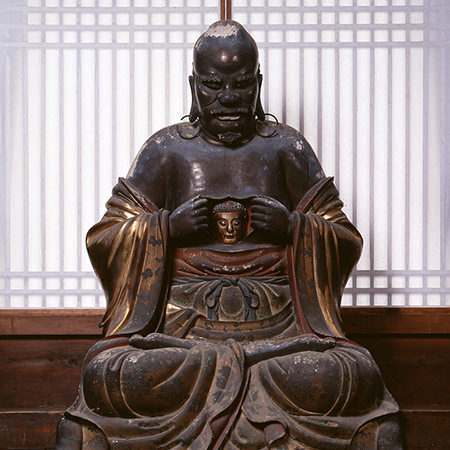 He was the child of Shaka (the Buddha, Siddhartha Gautama) and also one of his disciples. This statue well shows the style of Zen introduced by Ingen Zenji. Every one of us has the potential of becoming a Buddha and can get closer to a Buddha by finding the true identity of oneself.

Address: 34 Sanbanwari, Gokasho, Uji City, Kyoto, zip:611-0011
It is a 5 minute walk from JR Nara line "Oubaku station". Or get off at Oubaku Station on Keihan Uji Line and walk 5 minutes